Assassins, snipers and other monsters

I've avoided weighing in on the Rolling Stone Dzhokhar Tsarnaev cover-photo controversy. As someone said, the fuzzy line between fame and infamy always creates unease in us. And the only way to judge RS is to actually read the story and see what that says. And it's a mixed bag. It goes a little gushy on the "pain" he was feeling and how everybody failed him, but it does end up calling him the monster he is.

But now, there are parody covers that are just irresistible. Good parody cuts to the heart of an issue quicker than anything else. Below is one of the the parody covers. The rest are here. 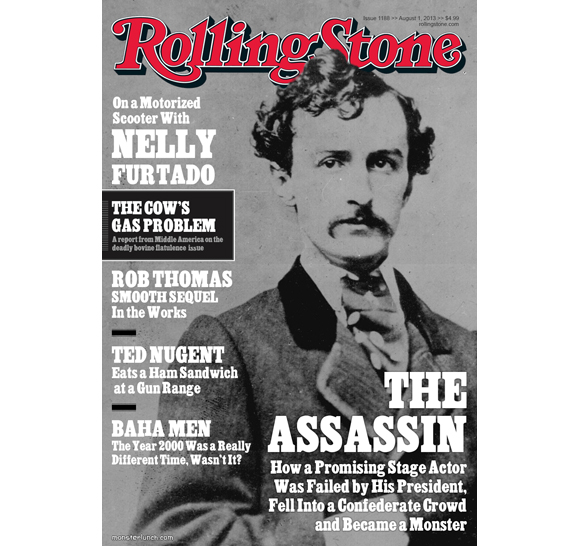