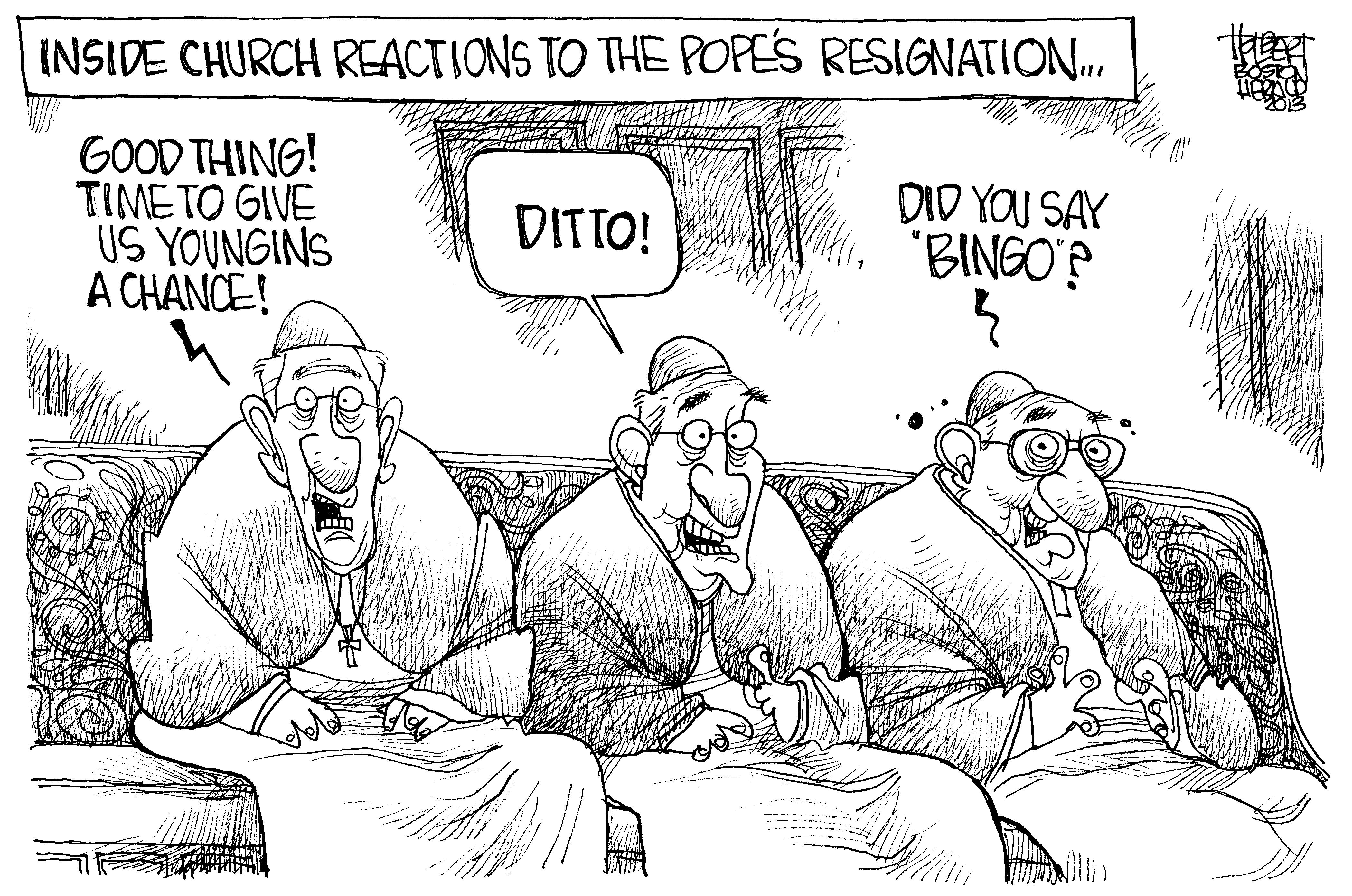 I never thought about it before, but I guess if something hasn't happened in more than 600 years, it might take some studying to figure out how to deal with it.

What do you do with an ex-pope? If you happen to know, call Rome, because the Church isn't sure yet. Many fear Benedict will become an implicit rival to the new pope, despite his apparent desire to keep a low profile. He told Roman diocese priests yesterday that he would be "withdrawing into prayer," Reuters reports. "I will always be close to all of you," he said, "even if I remain hidden from the world." The "close to you" bit is somewhat literal; Benedict has announced he'll be living in the Vatican.

That's caused some controversy, the Wall Street Journal reports, but one senior papal adviser says it's "better to have him here than somewhere else, where he could become another center of power."

Wow, keep him close even if he's an irritant instead of letting him loose in the world so he becomes "another center of power." That's some intrigue going on there. Think that keeping him close thing might get more than a little awkward, though. I've been in situations before where the old boss has stuck around during the new boss's tenure -- only once was it actually called "editor emeritus," but that was always the general idea -- and the young kids never knew quite how to respond to him, and the new boss always did a little looking over his shoulder.

"Now, Pope Leo XIV (I can dream, can't I?), far be it from me to tell you how to run your Vatican, but when I was pope, we did things just a little differently, I can sure tell you that." Yeah, definitely awkward. I was going to say like having your mother-in-law living with you, but it would be more like having your ex-wife living with you and your new wife. Oh, wait. Bad analogy.